It’s been less than a month since I landed in Brazil after a year of living in the United States. I have a lot to talk about.
Before I started telling my adventures, I must say that in the United States the hardest thing for me was to feel that I was “stuck” in time to live the lives of other people, I used to ask God to take me back to my life.
Then he did.
I arrived on January 24, Thursday. After 10 hours of flying and writing my post “coming home”, I was there. I was so excited that I could not think, just wanted to get my bags and look for my father in the airport lounge. My father was late, so I didn’t run.
It took me 45 minutes to realize they lost my bags. Another 15 min to remember this is normal in Brazil.
At that moment I thought: It’s 95 ° F outside and I have a jacket, pants, gloves and hats in my handbag.
I began to think about the options I had. None. Just smile and enjoy Brazil.
My father arrived and I gave him the biggest hug I could ever give. You know, birthday, fathers day, christmas, happy new year, all in just a hug.
So at home.
I’m not gonna write much about my mother because she deserves a special text, but the hug was a little more emotional.
I had to start thinking about my clothes because I remembered I had an interview on Monday.
So I went to the interview wearing my mother’s clothes and shoes, and fortunately I got the job. I am an intern at a Canadian school. Maple Bear, like maple syrup.
My luggage arrived after 5 days. Yay!
The next step was for the university to register me again. To my surprise, my name was there all this time I was away. Because of this I was absent in 16 classes.
I was desperate! What about my scholarship?
A few days waiting for the university’s response, and it was: you can continue studying with your group of friends.
“Well, I could suffer with non-strangers, at least,” I thought.
I did not lose my scholarship, I was able to study the same subjects last year, so I got 21 subjects for this semester (God help me), but goodnews is: I’ll graduate this year instead of next year.
Do you think it’s over? Do not.
In the meantime I went to Paraná to visit my father and bring his things and my animals to Campinas. He was moving, too.
Suddenly, on the way back to Campinas, the truck broke down. We had 6 animals in the car, no clothes – again – no beds, no food, just us. It was a nightmare. We arrived safe, and it was a wonderful night that sleeps on the floor (literally).
We choose to keep the smile on our faces, because now we’re together again.
I decided to move to his apartment that is closer to the university than to his house. Dogs are not allowed in the building, which is why he rents a house. Cats will be with me.
Much more happened this first month, like the week I stayed with my friend who does not have a fridge, but we can keep in touch and I’ll tell you more.

I’m going to study 21 subjects this semester. I have furniture to buy. Exercises and gym to restart. Family members to embrace. Things to write and places to go.
I just started.
And I hope I can write more about it. 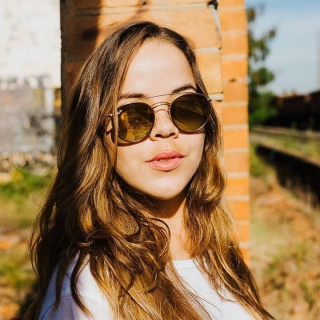